TinyTask is a minimalist and tiny (35 KB) keyboard macro recording and playback tool. It’s used to automatically control the mouse and keyboard actions, so as to complete repeated computer operations. Anything you do with the mouse or type on the keyboard while the program is running can be replayed as many times as you choose. It not only records and saves macros but also compiles them, turning your recorded macros into executable programs.

There's no installer, help file, or anything unnecessary; just a tiny EXE program, which doesn't touch your registry or change your system folders.

TinyTask is a small tool, barely a few kilobytes in size, that lets you record and reproduce simple activities that you normally carry out on your computer. The simplest task you can carry out, for example is to record the transfer of files from one folder to another, then automate the process and thus being able to do it as many times as you. Download software about windows like zoom cloud meetings, whatsapp desktop, counter-strike. Since TinyTask is only available for Windows operating systems, you can’t use the program on Mac, iOS, or Android. However, the developer keeps updating the software, and in future releases, you could expect support for different devices and operating system versions. 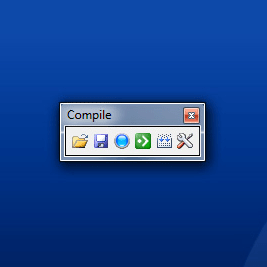