It’s been MONTHS, but the engine revamps are finally in their live testing phase! The core code governing characters and their controls (by NPC AI or by player keyboard/mouse input alike) has been scrapped and rewritten nearly from scratch. Many new core features have been phased in and are ready for inclusion in Story Mode. We’ve worked very, VERY hard these last few months to make sure the game feels better, if not recognizably the same, as it was before these revamps were introduced, and we’re finally confident with what we’ve got.

In addition to the significant changes made to the core engine, we’ve added all kinds of new features and fixed some old ones. Below are some of the new ones.

Keep your eyes fixed on the screen, because we’re moving into the Beta portion of this game incredibly soon, and Alpha 1.7 is the last major update before that happens!

-Arena Mode has a tutorial!

-Murder Room 5 is in. We hope you like burning. The Nexus Core does.

-The first round of character Origins are now active!

-Madarang particle was screwed up, and was sharing an effect with the Molotov.

-Update to Squad mechanics and Squad Orders. As we move into Story mode, a more complex system of applying orders to characters is required. R bass vst crack. NPCs need to know the difference between their standing non-combat orders, and the orders given to them in battle.

-Reloading more streamlined. Tiny, hard-to-encounter issues would occur when being interrupted during a reload. Now, no matter what, your reload will continue where you left off without a problem.

-Added melee swooshes! Trails will follow weapons now in a way that is MUCH improved over what we had in the Kickstarter demo.

-With the Snap-Dodgie skill (formerly listed as Tac-Shuffle), you can tap Space to do a quick dodge to the side. You aren’t invincible while doing it, but it can get you out of trouble in an instant without leaving you on the floor like a traditional dodge.

-Allies shouldn’t speak surprise lines (CueAllyVoice) when they are not aware. This should be filtered out if they are unaware, but only when responding to an ally dying. *NOTE* I may have fixed this. Announcing an ally died when unaware, from Squad_Main, is gone.

-Charge-Up attacks now occur when holding down the attack button in Hand-to-Hand combat. Hold it longer for better results!

-Katanas, Odachis, and Ninjatos have a unique animation set once you’ve reached Core 3 skill in Melee. The Rapier has an animation set for light attacks as well, if you’re feeling particularly fancy. And don’t even get me started on the Chainsaw…!

-Enemies can ragdoll into one another and knock each other down, if the contact was hard enough. Makes for interesting crowd control.

-Experimenting with better in-combat idle poses for characters. There are levels of blending in how characters hold their weapon, but if it feels too erratic and twitchy, we may have to revisit how this is done.

-Sometimes blood splats would hit a surface and grow infinitely huge. None of the math made sense as to why this was happening, so we suspect it had to do with object parenting and just made a fix based on that. So far it seems like it’s working fine.

-Cloning vats and medical chairs added as respawners to the HQ medbay.

-Randomize your character name on creation.

-Armor is now calculated differently. Each piece has a Defense value that outright blocks damage dealt to your character, and a Coverage % value that indicates the MAXIMUM amount of damage it can stop. Low Defense / High Coverage armor will stop small amounts of damage almost completely but leave you vulnerable to larger hits, while the opposite will really help against heavy hits but small bits of damage will always get through. When wearing multiple pieces of armor, the Coverage is a weighted average of all pieces of armor based on their Defense. 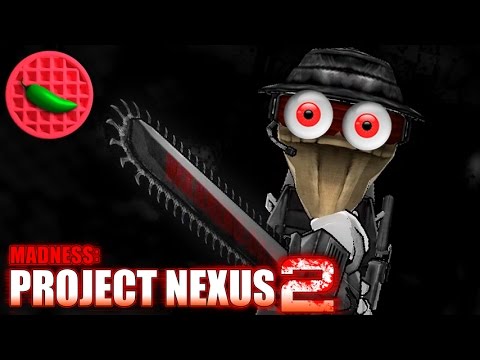 -Your melee attacks wil sort of turn to face your enemies or the point you’re attacking toward. Other than being an aesthetic improvement, it also helps you not to whack staircases when trying to swing at guys above you.

-Grapple will drain the defender’s Tac-Bar significantly on each hit. This should make the skill more useful for taking out zippy enemies, even if they escape.