Terms and Conditions of Use
By accessing this site, you agree to be bound by these Terms and Conditions of Use, all applicable laws and regulations, and agree that you are responsible for compliance with any applicable local laws. If you do not agree with any of these terms, you are prohibited from using or accessing this site. The materials contained in this web site are protected by applicable copyright and trade mark laws.
Permission is granted to temporarily download one copy of the materials (information or software) on this site for personal, non-commercial viewing only. This is the grant of a license, not a transfer of title, and under this license you may not:
modify or copy the materials;
use the materials for any commercial purpose, or for any public display (commercial or non-commercial);
attempt to decompile or reverse engineer any software contained on this site;
remove any copyright or other proprietary notations from the materials; or transfer the materials to another person or 'mirror' the materials on any other server.
This license shall automatically terminate if you violate any of these restrictions and may be terminated by site at any time. Upon terminating your viewing of these materials or upon the termination of this license, you must destroy any downloaded materials in your possession whether in electronic or printed format.
Disclaimer:
The materials on this site are provided 'as is'. this site makes no warranties, expressed or implied, and hereby disclaims and negates all other warranties, including without limitation, implied warranties or conditions of merchantability, or non-infringement of intellectual property or other violation of rights. Further, this site does not warrant or make any representations concerning the accuracy, likely results, or reliability of the use of the materials on its Internet web site or otherwise relating to such materials or on any sites linked to this site.
Limitations:
In no event shall this site or its suppliers be liable for any damages (including, without limitation, damages for loss of data or profit, or due to business interruption,) arising out of the use or inability to use the materials on this site, even if this site or an authorized representative has been notified orally or in writing of the possibility of such damage. Because some jurisdictions do not allow limitations on implied warranties, or limitations of liability for consequential or incidental damages, these limitations may not apply to you.
Revisions:
The materials appearing on this site could include technical, typographical, or photographic errors. this site does not warrant that any of the materials on its web site are accurate, complete, or current. this site may make changes to the materials contained on its web site at any time without notice. this site does not, however, make any commitment to update the materials.
Links:
this site has not reviewed all of the sites linked to its Internet web site and is not responsible for the contents of any such linked site. The inclusion of any link does not imply endorsement by this site. Use of any such linked web site is at the user's own risk.
Terms of Use Modifications:
This site may revise these terms of use for its web site at any time without notice. By using this web site you are agreeing to be bound by the then current version of these Terms and Conditions of Use.
Governing Law:
Any claim relating to this site shall be governed by the laws of the State of Nevada without regard to its conflict of law provisions.
Study Series details:

The National Survey on Drug Use and Health (NSDUH) series, formerly titled National Household Survey on Drug Abuse, is a major source of statistical information on the use of illicit drugs, alcohol, and tobacco and on mental health issues among members of the U.S. civilian, non-institutional population aged 12 or older. The survey tracks trends in specific substance use and mental illness measures and assesses the consequences of these conditions by examining mental and/or substance use disorders and treatment for these disorders.

Examples of uses of NSDUH data include the identification of groups at high risk for initiation of substance use and issues among those with co-occurring substance use disorders and mental illness.

Your full access to the Nikkei Asia will be expired soon. Sign up now for an individual subscription. Your subscription period starts immediately after the expiration of your current subscription, and will be charged to your credit card accordingly.

The NSDUH is sponsored by the Center for Behavioral Health Statistics and Quality (formerly Office of Applied Studies), Substance Abuse and Mental Health Services Administration. For more information, visit the NSDUH website.

Due to disclosure limitations for respondent confidentiality, a state variable is not included in public-release datasets. The data tables on SAMHSA’s site and the interactive NSDUH State and Substate Estimates tools use the full non-restricted analytic file that includes the state variable.

The population of the NSDUH series is the general civilian population aged 12 and older in the United States. Questions include age at first use, as well as lifetime, annual, and past-month usage for the following drugs: alcohol, marijuana, cocaine (including crack), hallucinogens, heroin, inhalants, tobacco, pain relievers, tranquilizers, stimulants, and sedatives. The survey covers substance abuse treatment history and perceived need for treatment, and includes questions from the Diagnostic and Statistical Manual (DSM) of Mental Disorders that allow diagnostic criteria to be applied.

The questionnaire was significantly redesigned in 1994. The 1994 survey included for the first time a rural population supplement to allow separate estimates to be calculated for this population. Other modules have been added each year and retained in subsequent years: mental health and access to care (1994-B); risk/availability of drugs (1996); cigar smoking and new questions on marijuana and cocaine use (1997); question series asked only of respondents aged 12 to 17 (1997); questions on tobacco brand (1999); marijuana purchase questions (2001); prior marijuana and cigarette use, additional questions on drug treatment, adult mental health services, and social environment (2003); and adult and adolescent depression questions derived from the National Comorbidity Survey, Replication (NCS-R) and National Comorbidity Survey, Adolescent (NCS-A) (2004).

Survey administration and sample design were improved with the implementation of the 1999 survey, and additional improvements were made in 2002. Since 1999, the survey sample has employed a 50-state design with an independent, multistage area probability sample for each of the 50 states and the District of Columbia. At this time, the collection mode of the survey changed from personal interviews and self-enumerated answer sheets to using computer-assisted personal interviews and audio computer-assisted self-interviews. In 2002, the survey’s title was officially changed to the National Survey on Drug Use and Health (NSDUH).

Since 2002, participants are given $30 for participating in the study. This resulted in an increase in participation rates from the years prior to 2002. Also, in 2002 and 2011, the new population data from the 2000 and 2010 decennial Censuses, respectively, became available for use in the sample weighting procedures. For these reasons, data gathered for 2002 and beyond cannot validly be compared to data prior to 2002.

NSDUH underwent a partial redesign in 2015, so there are several measures that “broke trends” in 2015, meaning that estimates from 2015 and later are no longer comparable to their 2014 and earlier counterparts. This also means that you cannot pool data across incomparable years. For affected measures, you will likely only be able to look at the 2002-2014 timeframe to pool enough years of comparable data to get a sufficient sample size at the county level. Measures that were not affected can be pooled through 2015. More information on the partial 2015 redesign and its effects on estimates is available here: https://www.samhsa.gov/data/sites/default/files/NSDUH-TrendBreak-2015.pdf

The target population for the 2019 survey was the same as has been defined since the 1991 survey: the civilian, noninstitutionalized population of the United States (including civilians living on military bases) who were 12 years of age or older at the time of the survey. Before 1991, the sample was drawn from the household population of the contiguous 48 states. Residents of Alaska and Hawaii were added to the sample population in 1991, as were residents of noninstitutional group quarters (e.g., college dormitories, group homes, civilians dwelling on military installations) and persons with no permanent residence (homeless people in shelters and long-term residents of single rooms in hotels). In addition, six special-interest metropolitan statistical areas (MSAs) were oversampled in 1991. The 1992 and 1993 surveys retained the oversampling of the six MSAs and also were designed to provide quarterly as well as annual estimates.

Since 1999, the survey sample has employed a 50-state design with an independent, multistage area probability sample for each of the 50 states and the District of Columbia. For the 1999 through 2013 surveys, the 8 states with the largest populations (which together account for 48 percent of the total U.S. population aged 12 or older according to the 2010 census) were designated as large sample states (California, Florida, Illinois, Michigan, New York, Ohio, Pennsylvania, and Texas) with a target sample size of 3,600, and the remaining 42 states and the District of Columbia had target sample sizes of 900. The 2014 through 2017 sample redesign allowed for a more cost-efficient sample allocation to the largest states, while maintaining sufficient sample sizes in the smaller states to support small area estimation at the state and substate levels. A large reserve sample of area clusters or segments was selected at the time the 2014 through 2017 NSDUH sample was selected, which is being used to field the 2018 through 2022 NSDUHs. Thus, the 2018 through 2022 NSDUH designs simply continue the coordinated design. The 2014 through 2022 NSDUHs were designed to yield 4,560 completed interviews in California; 3,300 completed interviews each in Florida, New York, and Texas; 2,400 completed interviews each in Illinois, Michigan, Ohio, and Pennsylvania; 1,500 completed interviews each in Georgia, New Jersey, North Carolina, and Virginia; 967 completed interviews in Hawaii; and 960 completed interviews in each of the remaining 37 states and the District of Columbia. Consistent with previous designs, the 2014 through 2022 design also oversamples youths aged 12 to 17 and young adults aged 18 to 25. However, the 2014 through 2022 design places more sample in the 26 or older age groups to more accurately estimate drug use and related mental health measures among the aging drug-using population. The 2019 sample was allocated to age groups as follows: 25 percent for youths aged 12 to 17, 25 percent for young adults aged 18 to 25, 15 percent for adults aged 26 to 34, 20 percent for adults aged 35 to 49, and 15 percent for adults aged 50 or older. 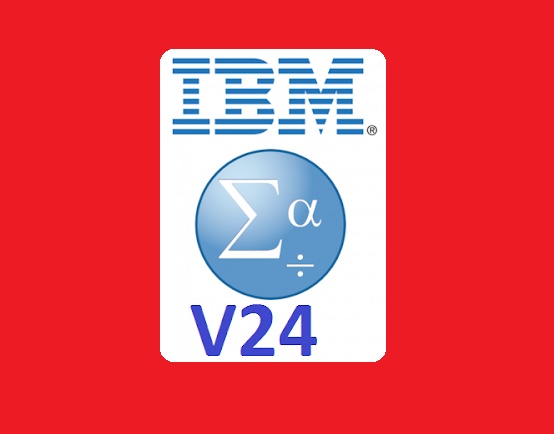 Important methodological differences since 2002 also have affected the comparability of estimates from 1999 to 2001 with estimates from 2002 and later years. As noted above, the survey's name was changed from the National Household Survey on Drug Abuse (NHSDA) to the National Survey on Drug Use and Health (NSDUH) in 2002. In addition to the survey's name change, each NSDUH respondent since 2002 has been given an incentive of $30. These changes resulted in some improvement in the survey response rate. The changes also affected respondents' reporting of many critical items that are the basis of prevalence measures reported by the survey each year. Further, the data could have been affected by improved data collection quality control procedures introduced in the survey beginning in 2001. In addition, new population data from the 2000 decennial census became available for use in NSDUH's sample weighting procedures, resulting in another discontinuity between estimates since 2002 and those prior to 2002. Where estimates in 2019 are still comparable with those from prior years, analyses of the effects of each of these factors on NSDUH estimates have shown that the 2002 to 2019 data should not be compared with 2001 and earlier data to assess changes over time. For measures comparable across the years being analyzed, however, comparisons may be made between 2002 and surveys in subsequent years, including this one, as noted above.

A description of the 2019 survey, including more detailed information on sample issues, can be found in several NSDUH documents that discuss methodological issues for 2019 or present some key 2019 findings in tabular, graphical, and report formats. The following 2019 NSDUH documents are listed in the order of their release dates in 2020: