Doulci Activator Full Crack DriverDoc Crack 1.8.0 Incl Full Product Key & Latest Version We can use this application for working all operating system for good and amazing working. You can easily update all library of the drivers of the computer system within a second. DoulCi Activator v10 Premium serial numbers, cracks and keygens are presented here. No registration. The download is free, enjoy.

Downloading the DoulCi activator is one of the best options that we find on the Internet to unlock iCloud from any device in this 2021. The DoulCi Activator is a completely free service, when a user unlock iCloud, the Apple ID is permanently deleted followed by the password that corresponds. If you want to unlock iCloud from your Apple device, we recommend that you download the DoulCi activation files, on any of the online servers, available in the cloud in a secure way, the files are constantly updated.

We can guarantee that until today, many people have used it and it has worked 100%, we recommend the DoulCi Activator Tool with the latest update made by the DoulCi platform, where more files extracted from the iCloud server were added so as not to make errors that occurred previously . This tool complies with an easy and flexible interface so there is no confusion when using it.

What is DoulCi Activator Unlocker Tool 2021?

DoulCi Activator is an excellent professional use software to turn off Find My iPhone, permanently removal locked Apple account, it also has the ability to check the status of the device through IMEI, removing it from the Apple blacklist, allowing iDevices to remain Free of signal and data, without using TurboSim, it is easy to use and works very well with all versions of iOS and iPhone, iPad and iPod Touch. This tool uses an activation mirror server, which reactivates any iOS device when iCloud is locked, the need to connect to iTunes has already been delayed a bit, there are many tools that no longer require synchronization with iTunes to create the backup and not lose the information found on the device. The download can be done completely free. 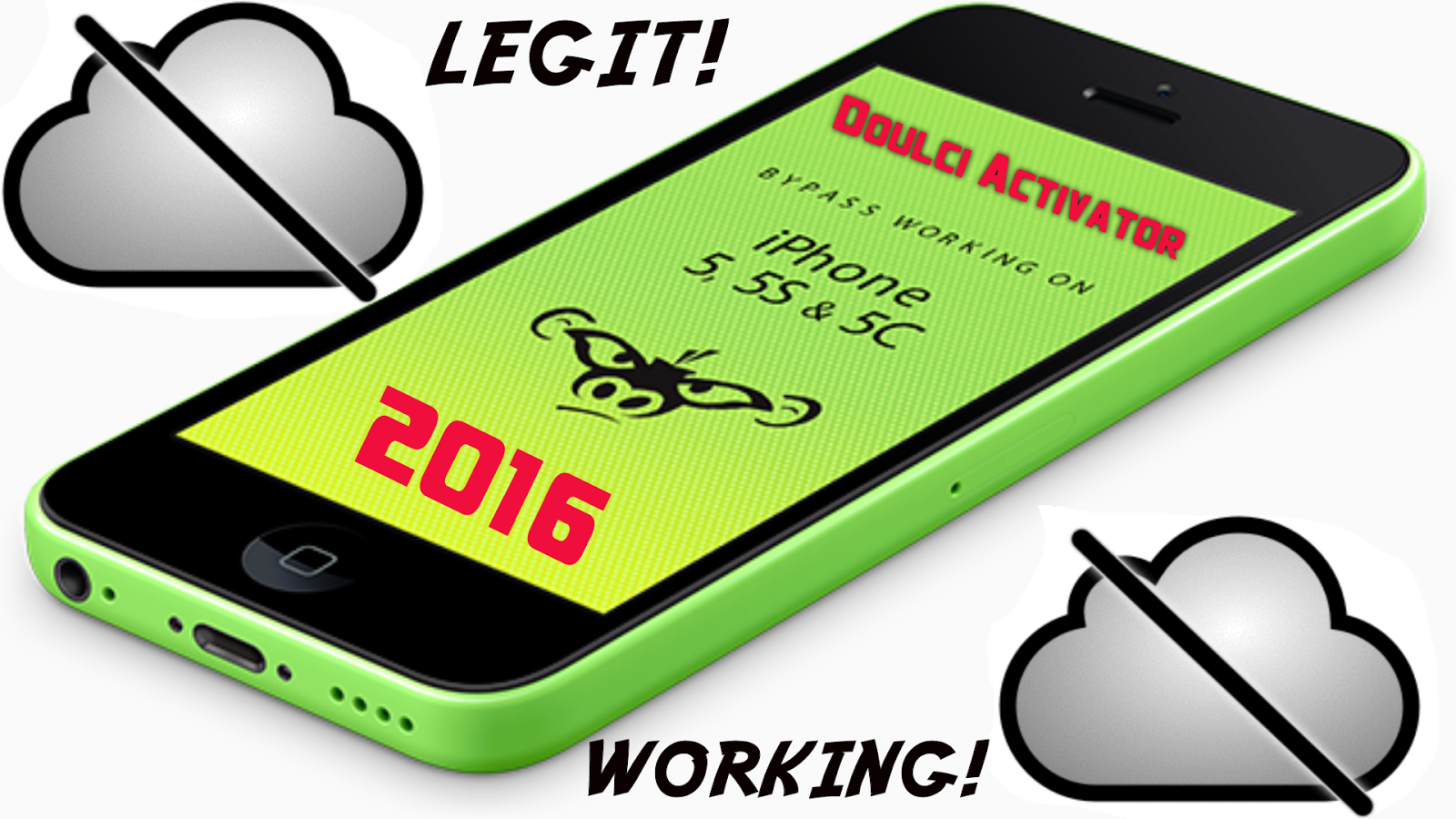 Before starting with these aspects, let’s read about its significance.

What is DoulCi Activator?

Doulci Activator is a tool which helps you to bypass iCloud activation lock on your iPhone, iPad or iPod.

You can activate locked iCloud device with the help of this software package by running it on your own computer. It essentially fool your iPhone that it is communicating with Apple server. Doulci Activation server will act as a real Apple server and your device will unlock or bypass the iCloud Activation Lock.

What is the difference between Activator Tool and Activator Server?

The newer version consists of two components. The first component is the Doulci Activator Tool which can be used offline. It can be used both on Windows and Mac, which can unlock the iCloud from any iOS device such as iPhone, iPad or iPod. This tool is actually a custom script which is not a UI tool. On the other hand, the other component is Doulci Activator Server which communicates with iPhone and iTunes. It is available Online with pre-registration and server IP which works on the donations of users throughout the globe.

The latest version hit the market in 2018. It is comparatively more powerful and efficient than the 2016 version. The newer version works with iOS 11.3 or later.

One can bypass the iCloud locked iPhone or iPad with iTunes during the activation process. The latest version is the combination of Activator Server (iCloud Unlock server) and Activator Tool (iCloud Bypass Tool).

Because of its all new techniques, it starts working more prominently. Users need to run the script and Doulci iCloud Bypass server will complete the job within 20 minutes or so.

Here are soe activation codes that you can use to successfully run and bypass iCloud Activation Lock using Doulci Activator.

You can follow these steps to bypass the iCloud Activation lock;

Step 1: Once you have Downloaded Activator, unzip it and Install Doulci Activator Tool and launch it for further proceedings.

Step 2: Choose your device from the given list. After this, select the iOS version of your device.

Step 3: After completing the above steps, connect your device with the computer with the help of a USB cable.

Step 4: The status will change with the completion of the work.

Step 5: Within a few minutes, it will update the status as “Your iDevice is permanently Unlocked”. Your device should bypass the iCloud activation window at the same moment.

When the technology with qualitative ideas hits the market, the alternatives of that tool start growing. Doulci Activator has earned the reputation throughout the globe due to its assurance and capabilities. The growing reputation brings lots of alternatives as a competitor such as:

Why does the Team ask you for Donations?

While you visit Doulci Activation webpage, they will ask you for Donations. It looks awkward but you will be going to take it in a positive way after knowing the truth behind the donations. The team have to pay to get their server running and updating without any disturbance. It is not affordable for the team to work it out alone.

That is why they ask you for donations to keep running the updates and server so that you can use it efficiently./end-note-x8-serial-key/. Camedia master 4.1 download.

The donors have a great benefit from it. They will get a private invitation to run the Beta version of the upcoming tools. The donation starts with 25$ only and after donating, you will receive a confirmation mail. It also enlists your name to their elite members who can use the beta version before it hits the market for the public.

We have tried to put all the basic information about it so that the users can easily learn how to use it. We have briefly explained the two components of the newer version. The first component is Activator Tool which is actually a script and you can use it offline. The other component is Activator Server which works online using the server to bypass the Apple server. These are the components, one should learn before using it. You can ask any queries at the comment section given below.